What is sur lie ageing, and what does it do to wine? 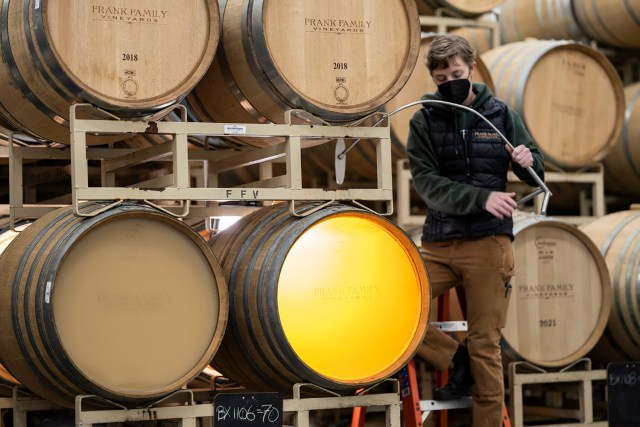 To fully grasp the concept of sur lie ageing, one must first understand what lees are (sur lie is French for ‘on the lees’). Simply put, lees are mostly dead yeast cells that exist as the byproduct of fermentation.

Two main types of lees exist in wine: gross lees and fine lees. Gross lees are larger in size, whereas fine lees are smaller and tend to integrate more slowly into the wine.

What does sur lie ageing mean?

Sur lie ageing is when wine is kept in contact with its lees during the ageing process.

Although it may sound odd, this method of ageing can actually provide a handful of added benefits to the wines which use it, as long as the process is done carefully.

The process of sur lie ageing is actually more intricate than it may seem. Although it may appear that the wine is simply resting on a layer of dead yeast cells, quite a bit of activity takes place during the process.

During sur lie ageing, the lees decompose, releasing sugars and proteins into the wine, which is how the signature aromas and flavours associated with sur lie-aged wines come to life.

Additionally, the proteins released combine with tannins, which can help soften the mouthfeel of a given wine.

What effect does sur lie ageing have on wine?

Lees ageing can enhance wines in a variety of ways by adding weight, flavour, and/or complexity to the final wine.

Flavours and aromas commonly associated with sur lie-aged wines include bread, grains, nuts, and yeast. They often show a good amount of texture on the palate, though aren’t necessarily overly weighty or clunky.

In general, sur lie ageing is more commonly associated with white and sparkling wines than red wines, though sur-lie aged reds do exist. 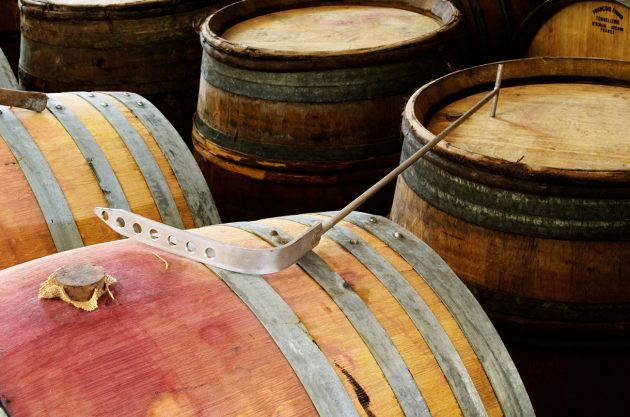 Winemakers who choose to implement sur lie ageing must work very carefully, as leaving untouched lees on the bottom of a vessel for too long can create undesirable aromas (rotten egg, sulphur) in the wine.

To avoid this, many producers implement bâtonnage, otherwise known as lees-stirring. Bâtonnage eschews the formation of hydrogen sulphide and also ensures that the wine has homogenous contact with the lees.

Ageing on the lees can take anywhere from a few weeks to a few months or years, depending on the viticultural region and specific winemaker preference.

Certain regions, such as Champagne, require a minimum amount of sur lie ageing (12 months, in the instance of non-vintage Champagne) by appellation law.

Other wines, such as Muscadet, do not have a specific sur lie ageing requirement, though the practice is very heavily associated with the region.