The Lay of the Land: Frank Family Chardonnay * 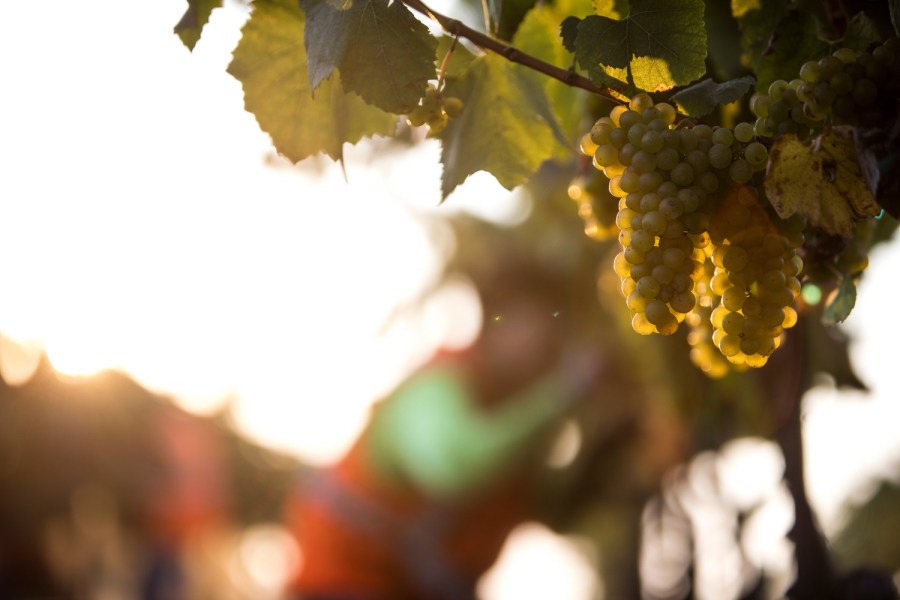 Our family owns 380 acres of vines throughout Napa Valley on four estate vineyards in Carneros, Rutherford, and Capell Valley. Strategically chosen over three decades, each vineyard has its own personality, just like each of Rich and Leslie’s grandkids they are named after.

Consistently producing our best fruit year after year is Lewis Vineyard, the last vineyard before the bay off the backcountry roads of Carneros. Lewis Vineyard, paired with our long-term grower partners, give our winemaking team exceptional quality and unparalleled depth when it comes to crafting Frank Family Chardonnay. Grapes are grown precisely to our standards thanks to Frank Family’s strong relationships with our extended family of growers, most notably Beckstoffer Vineyards and Sangiacomo Vineyards. In a world where successful wineries are increasingly owned by corporations, Frank Family is proud to be family-owned and to support fellow family-owned companies who share the same values as us.

This cool-climate site has been a part of our family since 2000 and has become the cornerstone of Frank Family’s Chardonnay, Pinot Noir and sparkling wine programs. What makes Lewis Vineyard so special is its proximity to San Pablo Bay. The bay acts as a giant funnel for the cool ocean air and fog that surge through Carneros as they are pulled up into the warmer Napa and Sonoma Valleys. The effect on the vineyard is profound. The grapes, while getting plenty of sun, rarely get too much warmth. Because of the constant caress of cool air, the risk of flavors being baked out of the grapes is virtually nonexistent. As a result, the wines have gorgeous balance.

The grapes from Lewis Vineyard are kept separate from our other vineyards throughout the winemaking process. The result is an individual vineyard-designate wine, rightfully named, Lewis Vineyard Chardonnay.

Directly across the dirt road from Lewis Vineyard, is Carneros Lake Vineyard, owned and farmed by Beckstoffer Vineyards. For the past 50 years, the Beckstoffer Family has grown some of California’s most renowned Cabernet Sauvignon and Chardonnay. Recognized as master winegrowers, their fruit is prized for its remarkable quality and delicious flavors. We have been proud to work with the Beckstoffers for more than a decade, and our love affair with their vineyard continues to this day.

Just like our nearby Lewis Vineyard, fog tumbles over the softly sloping Carneros Lake Vineyard in the morning. As the fog burns off in the early afternoon, the windswept hills are kissed by the sun, creating the perfect conditions to ripen each berry while retaining its natural acidity. In the clear evenings, the lights of San Francisco flick in the distance reminding us how special the Carneros region is.

Wanting to preserve the integrity of this special vineyard, our winemaking team keeps the fruit from Carneros Lake Vineyard separate from vine to bottle. The result is our award-winning and limited production, Beckstoffer Chardonnay. Only 406 cases were crafted in the 2018 vintage.

This vineyard site was planted by Vittorio Sangiacomo, the forefather of the family who now has one of the longest legacies of high-quality grape growing in Sonoma County. In 1969, with decades of first-hand knowledge of the area’s growing conditions and a burgeoning wine scene taking shape around him, Vittorio decided to give grapevines a try. He purchased a hay field and the Green Acres Vineyard, from which Frank Family crafts our appellation-designate Sangiacomo Chardonnay, became the very first vineyard planted by the Sangiacomo’s.

Today, Green Acres is one of the most sought-after of the family’s Chardonnay vineyards due to its distinctive character and intensity of the grapes. There is a waiting list of renowned winemakers who hope to one day receive fruit from this high-quality site. Frank Family considers itself grateful to be among the lucky few.

Like so many Sonoma properties two decades ago, Vella Vineyard was once a dairy. That was before the Sangiacomo Family received the opportunity to lease this parcel of land from the Vella family who founded and still operate the Vella Cheese Company. Much of this site’s terroir is defined by its location in south Carneros where winds from the nearby bay cool the vines and prevent fruit from ripening too quickly. Grapes from this vineyard make up our Sangiacomo Chardonnay.

With 170 planted acres, Kiser is one of the largest of the Sangiacomo vineyards. It was the first existing vineyard purchased by the Sangiacomo family and played a key role during the critical expansion of their grapegrowing business in the 1980s. First planted in 1974, Kiser is set on a rolling slope. Both Rodgers and Fowler Creeks run through the vineyard, resulting in Zamora and Huichica soils in which the vines grow. Grapes from this vineyard make up our Sangiacomo Chardonnay.

El Novillero takes its name from the cattle that are raised on the ranch (“El Novillero” is Spanish for bull fighter). The vineyard was planted in 1993 and sits on the hillside slopes that form the southwest boundary of the Sonoma Valley. Here the grapes bask in the sun once it breaks through the fog. Grapes from this vineyard make up our Sangiacomo Chardonnay.