Rich and Leslie Frank Donate $7.5 Million to University of Illinois 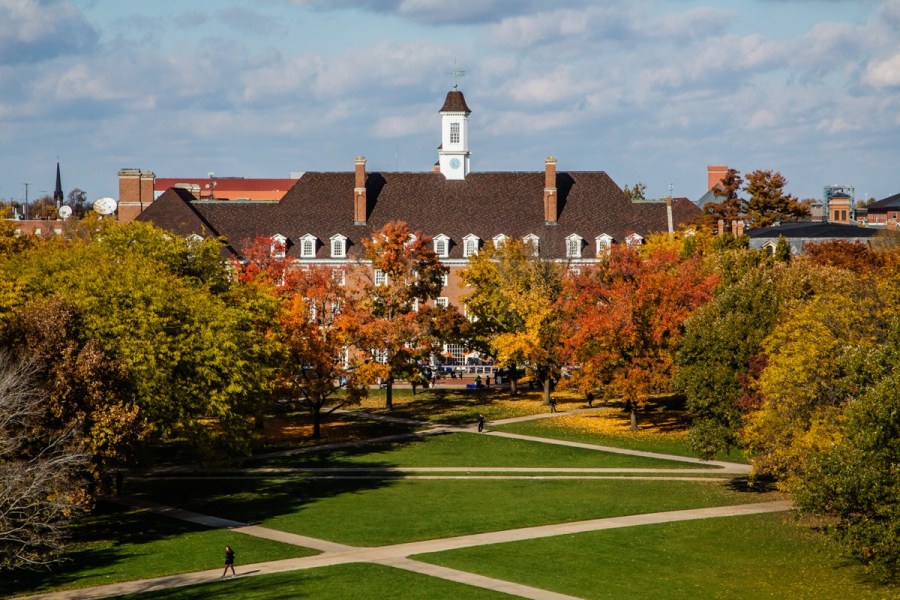 Rich and Leslie Frank announced today that they have donated $7.5 million to The College of Media at the University of Illinois at Urbana-Champaign, where Rich Frank is an alumnus. The gift, the largest in the college’s history, will establish the Richard and Leslie Frank Center for Leadership and Innovation in Media.

“Now more than ever there is a critical need for good, solid, objective journalism in this country,” said Rich and Leslie Frank. “We are encouraged our contribution will help create the highest level of learning for the next generation of journalists and that we are able to play a part in elevating the stature of the program at Illinois, making it a top destination for students and faculty.”

The Richard and Leslie Frank Center at Illinois will develop students who are leaders in their professions by offering access to a diverse group of experts and practitioners through residencies and speaker series, and by supporting outside learning opportunities such as professional immersion experiences, conference participation, and internships. A portion of the Frank’s gift will be used to create a state-of-the-art broadcast facility, and additionally to create two classrooms to accommodate the use of new technologies, and to offer space for media editing and production.

“The opportunity this gift provides to our students who are pursuing careers in media is phenomenal,” said Illinois Chancellor Robert J. Jones. “The passion Rich has for his alma mater and his vast industry experience have combined perfectly with Leslie’s broadcast news experience to create a center that will become the perfect ecosystem for budding journalists and media professionals at Illinois.”

“The Richard and Leslie Frank Center will have a transformational impact on students and will define Illinois’ excellence in media fields from this point forward, said Tracy Sulkin, dean of the College. “This gift is a game-changer for the College of Media,” she added.  “The upgrades to instructional facilities and the programming provided will ensure that we continue to train innovative and ethical professionals who will lead the way in their chosen fields, attract and retain the very best faculty to the Department of Journalism, and enhance our opportunities to engage with the public on pressing issues. We cannot thank the Franks enough for their generosity and commitment to shaping future generations of journalists and media professionals.”

Rich Frank, who received his bachelor’s degree in marketing from the University of Illinois, is no stranger to media. He began his career at the advertising agency BBDO in New York City before moving to Los Angeles to work as a sales Manager at KTLA. He then served as President of Chris-Craft Broadcasting. In 1977 he became President of Paramount Television Group, overseeing the creation and production of such shows as Taxi, Family Ties and Cheers as well as the creation of the groundbreaking entertainment news show, Entertainment Tonight. In 1985 he became President of Disney Studios. Under his leadership, the studio created iconic sitcoms such as The Golden Girls and Home Improvement, and films including Good Morning Vietnam, Dead Poets Society and The Lion King. He also oversaw the launch of the Disney Channel.  Rich served three terms as President of the Academy of Television Arts and Sciences. In 2007, the Academy of Television Arts and Sciences recognized him with the prestigious Syd Cassyd Founder’s Award. In 2011, Rich received an honorary doctorate from the American Film Institute where he is currently a Vice Chairman on the AFI’s Board of Directors.  Rich previously served on the board of the Motion Picture Association of America. His archival interview with the Television Academy provides a fascinating historical perspective of the evolution of modern television. View it here.

Born in Hamilton, Ontario, Leslie (Miller) began her career in Canada before crossing the border to work in some of the largest television markets in the United States. She spent more than 25 years covering many major stories including the 9/11 attacks where she reported live from ground zero in New York City, as well as from the scene of the devastating aftermath of Hurricane Katrina, and inside the courtroom at the Michael Jackson trial. Leslie spent the last nine years of her TV news career reporting and anchoring at the number one rated station, KABC in Los Angeles, where she covered politics, crime, weather calamities, as well as interviewing some of the biggest stars in Hollywood on the red carpet. Prior to Los Angeles, Leslie was the main anchor at KCPQ in Seattle, where she took the 10 pm newscast to number one in its time slot and clinched an Emmy for outstanding news anchor.

Rich and Leslie return to the Illinois campus frequently, speaking with students and faculty in both the College of Media and the Gies College of Business and advising journalism students on their television news broadcasts and resume videos.