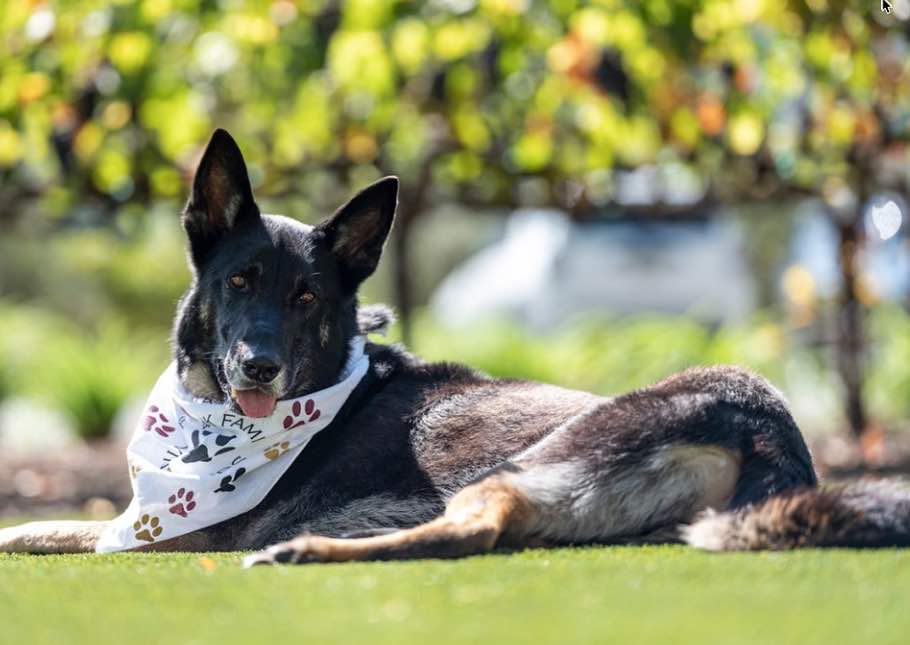 Earlier this year, we bid farewell to rescue pup, Bristol, a beloved chocolate lab who served as our official winery greeter, harvest helper, and Winemaker Todd Graff’s “right paw” for 15 years. In his honor, our winery is proud to partner with the Humane Society of the United States (HSUS), whose incredible work for animals is a fitting tribute to Bristol’s memory.

The Humane Society is the world’s most effective animal welfare organization who confronts the largest problems facing animals through the areas of public policy, education, and direct care. Their impactful work has made animal cruelty a felony in every state, saved thousands of lives by shutting down puppy mills through raids and policy efforts, and provided hands-on care to millions of animals through their rescue teams, veterinary programs, care centers, and sanctuaries.

Throughout the month of November, we are donating 20% of all proceeds from each online purchase of our 2018 Napa Valley Merlot to the HSUS to support their lifesaving work. Thanks to the high yields of exceptional fruit we received from the 2018 vintage, this wine is the first bottling of Merlot we produced in nearly two decades. We’re proud that it also recently received an outstanding score of 98 points and was awarded “Best in Show—Double Gold” at the recent 2021 Sunset Magazine International Wine Awards.

Included with each bottle will be an exclusive Frank Family Vineyards pet bandana—available in small and large sizes—encouraging supporters to raise awareness for animal welfare with pet-friendly photographs on social media using the campaign hashtag #FrankForACause. Packages are available for purchase here.

Charitable giving is a core value for our family winery. We have conducted five “Frank for a Cause” campaigns in the past four years raising nearly $100,000 to benefit non-profit organizations such as the Breast Cancer Research Foundation, Feeding America, Autism Speaks and the James Beard Foundation’s Open for Good Campaign.

“Bristol served as our official winery greeter and harvest helper for over a decade,” says Leslie Frank. “He walked our vineyards at Todd’s side weekly and we were all saddened to lose his presence earlier this year. The partnership between Frank Family Vineyards and the Humane Society of the United States is a fitting tribute to Bristol’s memory, and our entire family’s love for dogs, including our adored German Shepherd rescue, Magnum.”